Co-Founder and CEO of Breez (https://breez.technology)

Why Bitcoin Needs to Become a Medium of Exchange

Despite its awesomeness, not everyone loves bitcoin. Beyond government institutions threatening the best cryptocurrency in existence, more or less centralized and private virtual currencies, like Libra and Ripple, are pseudo-competition. For all of bitcoin’s advantages and its sizeable head start, the race is not yet won.

In fact, there is a risk that bitcoin could be marginalized. Yes, it’s a great store of value (SoV) at the moment, but bitcoin’s utility as an investment depends on being able to convert it into currency at some point. HODLers love HODLing, and it’s not a bad strategy in the short to medium term, but an investment is worthless unless you can cash it in.

Serious question: will conversion always be an option? 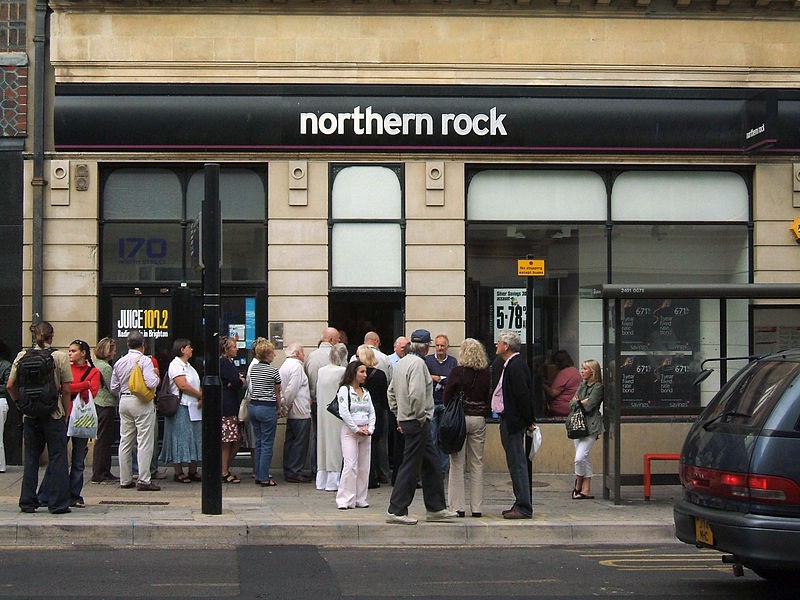 People struggling — recently — to liquidate their assets. Bitcoin is too good for this. (Source: Wikimedia)

As long as bitcoin remains “only” an investment alongside soybean futures and rare coins, only of interest to the FinTech few, it is vulnerable to censorship. Censorship just means that bitcoin’s connections to the real economy would be dictated by some third party, not by the peers on the network. Bitcoin’s technological and mathematical foundations would stay intact, but it can be throttled, stifled, and relegated.

So let’s talk about the choke point that threatens bitcoin’s bright future and, just as importantly, how to eliminate it.

Choke Points: How to Censor Efficiently

Fun fact: income tax wasn’t really a thing until about 200 years ago. All those castles, canals, and wars were financed without collecting a significant amount of income tax. I’m sure many rulers would have loved income tax, but without reliable censuses, population registries, and a banking system through which most money flowed, they simply didn’t have the technical ability.

Instead of income tax, rulers mostly generated income through import tariffs. The great advantage of tariffs was that imports and exports generally crossed the border at a limited number of mountain passes, bridges, straits, and ports. The population was dispersed, but imports were concentrated. 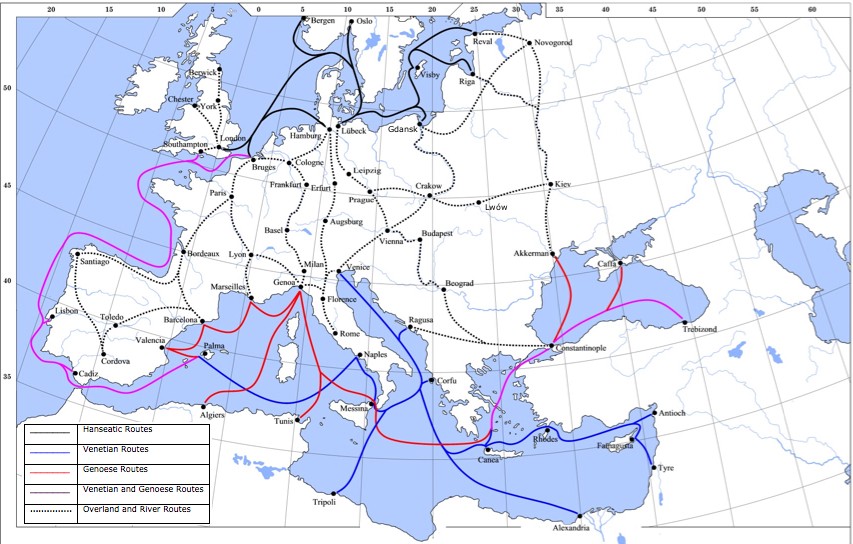 For example, spices came from the Far East across the Indian Ocean or the Silk Road, and they concentrated in a few ports in the Eastern Mediterranean, like Alexandria and Tyre. Controlling the choke points was so profitable that some argue it was an ulterior motive of the Crusades. It made the famous fortunes of Venice and the Ottoman Empire. In fact, the Ottoman Empire muscling in on the spice trade is one reason why Ferdinand and Isabella of Spain took the very risky move of financing Christopher Columbus’s (at the time) insane voyage only four decades after the Ottomans sacked Constantinople.

I’m not arguing against bitcoin’s utility as a SoV. That’s not the issue. In the last 10 years, its price has gone from about $0.03 to around $10,000, vastly outstripping the 20% inflation in the same period. Anyone who doubts bitcoin’s utility as an investment simply hasn’t been paying attention.

Rather, the question is how to realize that value. Long-term investing is fine, but the destiny of every investment, at some point, is liquidation — conversion into spending money. Otherwise, what’s the point?

For any currency, the interface between the SoV and the medium of exchange (MoE) is a choke point. Anyone controlling that interface can either interrupt the connection between them or inflate the currency into oblivion. Without convertibility, a SoV is just paper (or digital ledger entries, as the case may be). The way to censor bitcoin is to interrupt its convertibility into the currencies of the real economy. 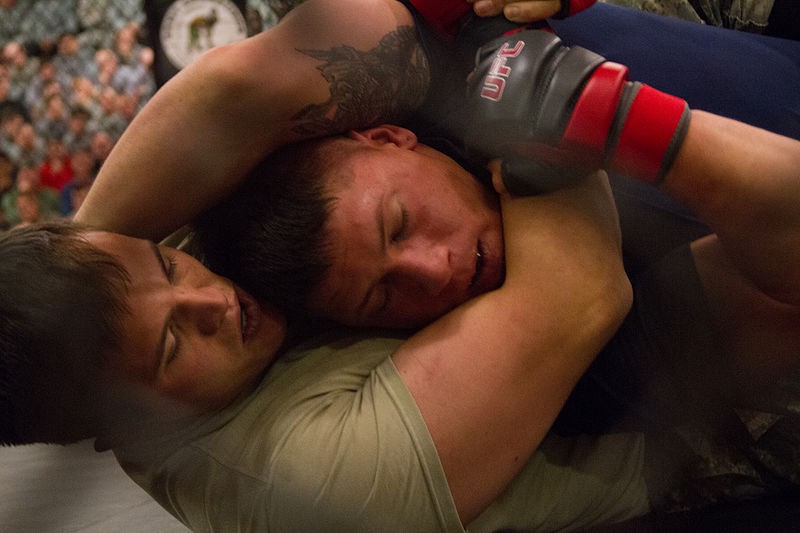 Predators, prize fighters, and vampires all implicitly know how to find and use a choke point … and you don’t want any of them coming after you. (Source: Wikimedia)

How to Overcome Bitcoin’s Choke Point

In The Bitcoin Standard, Saifedean Ammous suggests two ways to overcome the scalability limitations that prevent bitcoin from becoming a MoE: custodial intermediaries and second-layer solutions.

Custodial intermediaries can issue bitcoin-proxy vouchers that would be faster and computationally lighter than bitcoin. However, they also introduce a new choke point. With custodial intermediaries, their digital vouchers are the MoE, and bitcoin is stuck in its current role as the SoV. The interface remains, and it requires significant trust that the intermediary is honest and secure. Any third party who wanted to control or shut bitcoin down would only have to lean on a limited number of choke-point intermediaries.

But it has to be bitcoin.

Lightning is the second-layer, peer-to-peer, (virtually) trustless way of turning bitcoin into a MoE. Lightning is bitcoin without compromises. It maintains all of bitcoin’s defining characteristics: open, borderless, neutral, censorship resistant, decentralized, public, immutable. It removes bitcoin’s block-size limitation, and transaction fees drop low enough to make bitcoin practical for even the smallest purchases, like a pack of gum or a subway token. We can also make Lightning light enough to run on mobile — Android or iOS — with a UX rivalling fiat’s best.

Non-custodial Lightning preserves bitcoin’s status as the genuine peer-to-peer cryptocurrency, and it eliminates the interface between the SoV and the MoE. They become one and the same thing. Instead of fortifying the choke point against capture, Lightning eliminates it. 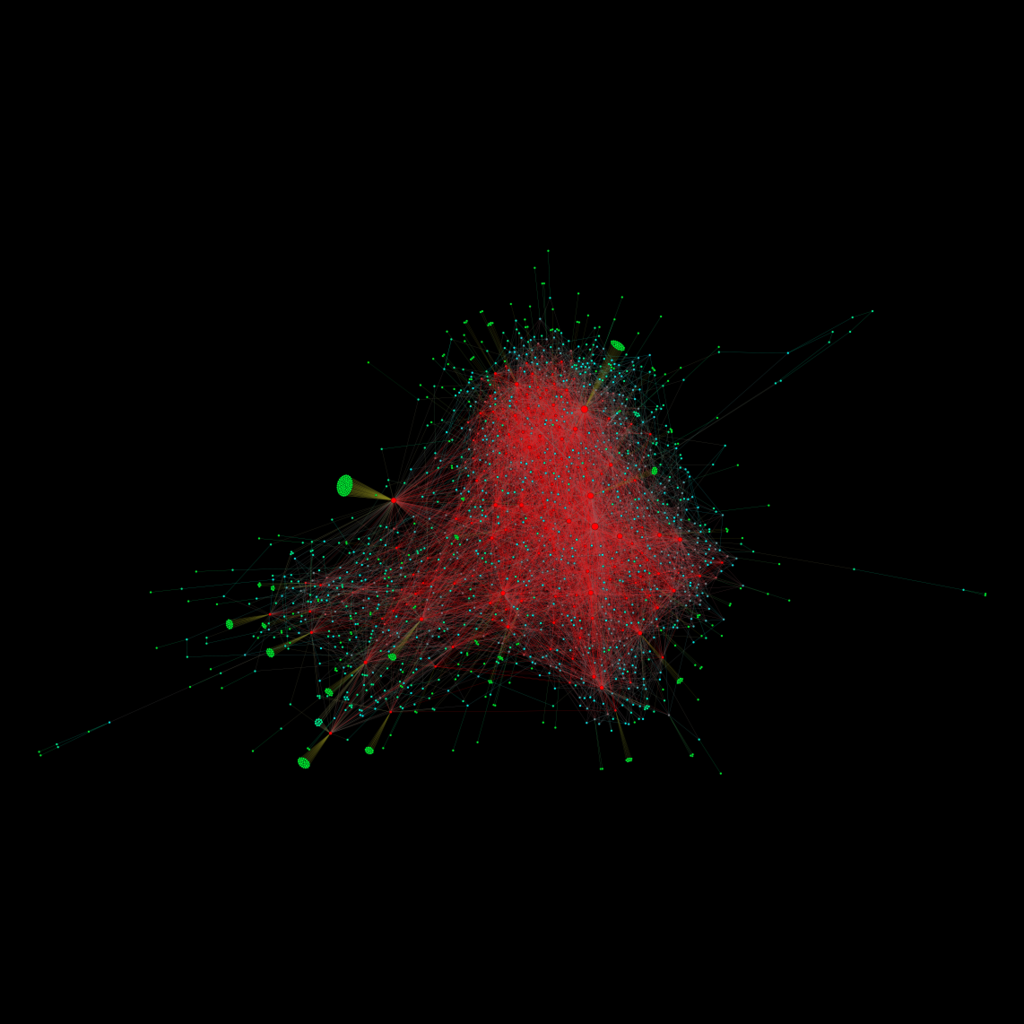 MoE is Evolution, not Revolution

Now this isn’t just some theoretical discussion about how to make currencies censorship resistant. We actually have to act. We have to help bitcoin evolve from “just” a SoV into a MoE. And that means we have to spend it. We have the peer-to-peer, trustless, cheap, mobile technology. There’s no excuse anymore. Nothing is stopping us from creating a circular economy based solely on bitcoin.

You’ll be doing yourself and bitcoin a favor. Growing into a MoE will help bitcoin by connecting it more deeply to the real world. At the moment, bitcoin’s value depends on its relative scarcity and ephemeral expectations. But if everybody knows that you can buy a decent meal, a bottle of wine, or a couple hundred gigs of flash memory with 150,000 Satoshis anywhere in the world or online, then those Satoshis really are worth those things. Bitcoin’s value would enter the real economy and become just as real as everything in it.

Bitcoin’s widespread use as a MoE also helps those who already hold it by insulating them against volatility. At its fastest, bitcoin manages about 15 transactions per second, and the normal rate is around 5. Just a couple dozen big trades in quick succession can rapidly and radically distort the price, making bitcoin relatively easy prey for speculative arbitrage. But in a field of thousands or millions or successful Lightning transactions every second, each one carries less weight relative to the aggregate total. If we all start spending bitcoin, we gain herd immunity against speculators … and probably pizza. 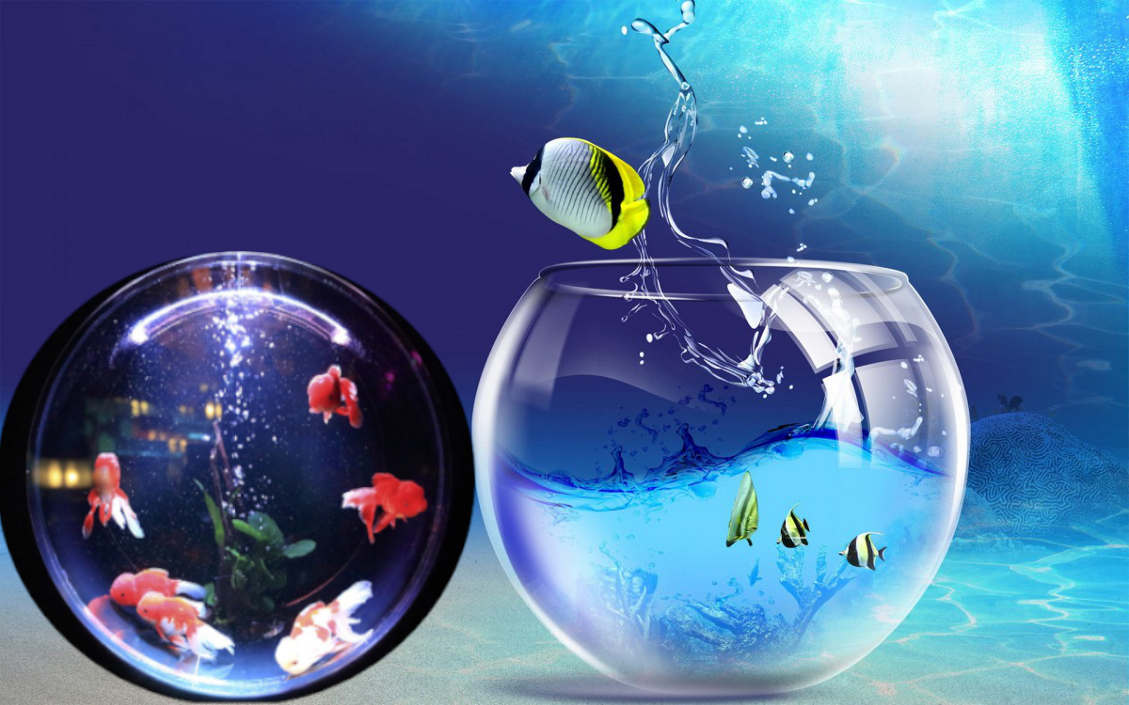 Keeping the fish captive might feel like protecting them, but only those that can swim freely will evade predators and catastrophes. (Source: EktaVaria & Pixabay)