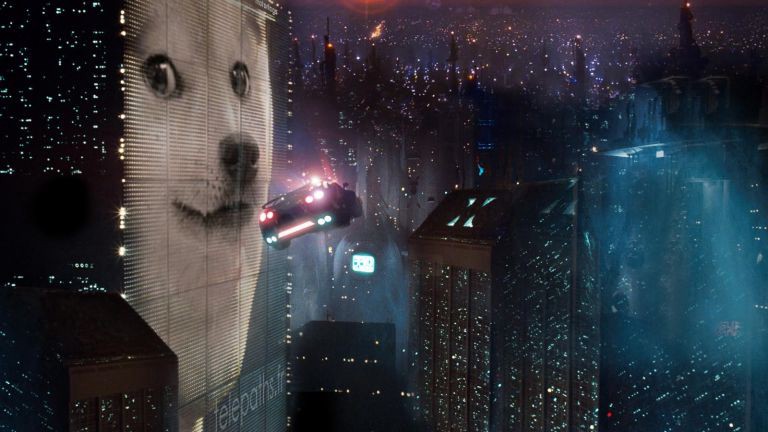 So Electricity. Many Efficiency. (Blade Runner)

No equation, no chart in this fourth part. Just a short discussion about the total cost of Bitcoin’s PoW. It will offer us the opportunity to introduce another fundamental property of PoW which makes it truly unique.

Is it really worth it ?

While our previous posts suggest that the efficiency of Bitcoin’s PoW has improved over time, they don’t address another source of concerns which is the total cost of the system.

Indeed, it seems legit to ask ourselves if this cost is really worth it. After all, we already know that alternate models (centralized systems, federations, etc) can be used for implementing monetary and/or payment systems and it’s often said that these models come with a lower environmental cost. If it’s really the case, why should we bother with a such expensive system ?

Let’s first focus on alternate models relying on centralized or federated parties acting as block builders. The details will depend on the exact model but it’s easy to understand that in these systems, the centralized party or a large enough fraction of the federation is always able to prevent a new actor from joining the system. By design, these systems allow incumbents to indefinitely maintain their dominant position and to enforce arbitrary decisions.

At first sight, they seem better than the centralized or federated versions. Indeed, participation to the consensus is pseudonymous and it only requires that you have a stake in the currency. But here lies the issue with these models. With PoS and DPoS systems, a majority of incumbents is still able to prevent a new actor from becoming a leading player.

It means that in PoS and DPoS systems, a majority of incumbents still has the ability to indefinitely maintain its dominant position.

With Proof of Work, the game is different. A lot has been written about the shortcomings of Proof of Work (cost, concentration of mining, suspicions of incumbents “playing dirty”, etc) but a fact remains:

PoW is intrinsically an open system.

It means that no coalition of incumbents can prevent a new actor from entering the game or even from becoming a leading player. Not even a coalition of 100% of the participants. Your position in this “competition” is always dynamic and it primarily depends on the energetic, financial and technological resources invested.

Because of this truly unique property, Bitcoin’s Proof of Work creates on the long term an open and dynamic playing field far more immune to unilateral political decisions (blockades, lock-out, etc) than any other existing digital system.

After 50 years of “hegemony” of the US dollar, if the ideas of digital gold and of a truly global currency must become a reality, it’s not unlikely that the ability to provide an open and dynamic playing field will increasingly be considered as a fundamental property for a globally acceptable system. I don’t expect that this conclusion will be natural for most governments and it’s likely that their first instinct will be to create national cryptocurrencies relying on a “Proof of Authority”. But as always, it’s hard to predict the future. Time will tell.

A last word about “efficiency”

Since the term efficiency is often used to explain how “X is more efficient than PoW”, it’s seems important to remind a few things about it.

And it’s precisely my issue with the trending assertions that “PoS (DPoS or whatever) is more efficient than PoW”. These statements conceal that this efficiency “gain” is the result of a trade-off sacrificing the intrinsically open nature of PoW.

On my side, I consider this property as a fundamental aspect of Bitcoin (if not the most important) and removing it from the system would clearly change the value proposition of the cryptocurrency. It doesn’t mean that there’s no room for alternative consensus and anti-sybil systems in the context of different specific use cases but these alternatives should clearly state the trade-offs being made.

I guess that the conclusion will be somewhat shocking for some people but the fact is that to date Bitcoin’s PoW is the most efficient solution in its category because it’s the only existing digital solution providing this property. It’s simple as that. Pending a breakthrough in Computer Sciences, our best roadmap for building a truly open and dynamic playing field is to continuously work on improving the utility of Bitcoin’s PoW, to encourage the use of renewable energies and to make sure that the positive feedback loop at the heart of the system is counterbalanced by negative feedback loops avoiding a runaway which might have very negative consequences.

This fourth part marks the end of this series dedicated to the properties and the efficiency of Bitcoin’s Proof of Work.

These articles have barely scratched the surface of the subject. To be honest, they’re mostly the result of an intellectual curiosity mixed with a high propensity to choose weird hobbies. I have little doubt that it should be easy to improve and generalize the model proposed in the first parts (just remove a few assumptions) or to come up with a better model.

My only wish is that this series has convinced you that many aspects of Bitcoin’s Proof of Work are still greatly misunderstood, be it by ignorance or on purpose. This subject is a greenfield remaining to be explored. Don’t be scared to go down the rabbit hole.

I wish to thank Yorick de Mombynes , @Beetcoin, Pierre P. and Stephane for theirs precious feedback and their patience :)

A great thank you to @SamouraiWallet and TDevD for theirs feedback and their support of OXT.