Bitcoin is. And that is enough. 3Gmtw3vgfCXchVi8c9r7SKyCHTigqH3rrS

Bitcoin is the “c” of Money 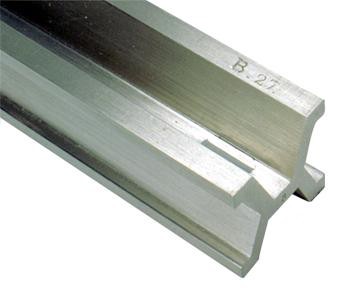 National Prototype Metre Bar №27, made in 1889 by the International Bureau of Weights and Measures (BIPM) and given to the United States, which served as the standard for defining all units of length in the US from 1893 to 1960

The need for immutable international standards has been understood for centuries. It is impossible to perform trades for goods if everyone is using a different standard for weights and measures. This is why the definition of the meter was very carefully specified in 1875 in The Treaty of the Meter at the International Bureau of Weights and Measures (BIPM) in Sevres, France. 30 prototype standard lengths made of platinum-iridium alloy in an “X” profile were manufactured to exacting standards and distributed to different countries. By doing this, every country was “on the same page” when it came to the definition of the word “meter”.

Today, the metre is defined as the distance travelled by light in 1/299 792 458th of a second. Bitcoin is like the length of a meter; a global standard that is securely set in the same way that one of the fundamental forces of nature is unchangeable; the speed of light, “c”. You can use the definition of a meter for any purpose. You can use it to produce rulers of wood or steel, or use it to create rulers made of light. The purpose of a meter is to act as a point of reference, a standard, that cannot change. Bitcoin is the same. It is not there to piggyback your political views or be an aid for your flawed business model, any more than the meter is there to aid cartographers over carpenters. You must deal with Bitcoin on its terms, in the same way that you deal with measurement standards and mathematical constants.

Once people begin to understand what the idea and impact of a global, maths based, non-governmental standardized monetary unit (Bitcoin) means, and the fact that you can transact with something that acts as a fundamental force of nature, the entire idea of what money is will change forever. This has profound implications for every economic process and every person on Earth.

There are only 3,909,363 Bitcoin left to be issued by the network. Compared to the value of all the goods and services on Earth, this is a small number, taking into account that each Bitcoin can be split into one hundred million pieces. Clearly Bitcoin is one of the most undervalued systems, services, databases, assets, networks or tokens (depending on your application) currently available to man, and even if an ultimate total utilisation is never realised, the truth of what Bitcoin is cannot change because it is based on maths, and not people’s opinions. Even if Bitcoin absorbs 10% of all global commerce, it will be spectacularly useful and valuable.

Above all other considerations, this is the fundamental breakthrough; Bitcoin is an opinion-less irresistible standard system based only on maths. It is globally available as an infallible means of exchange and accounting without any new functionality being required. It belongs to no single country, is incorruptible, unstoppable and completely eliminates payer fraud.

As the Bitcoin generation curve tops out, the “halvings” are key points where this should be reiterated as a warning to those who still refuse to accept the consequences of Bitcoin’s existence and the truth of maths. “A danger foreseen is half avoided, and a man warned is half saved” and the danger is being left out of Bitcoin.