Bitcoin Did The Things That Didn’t Scale Initially, Which Is Why It Remains The King Today

One of my favorite writers in technology and/or investing is Paul Graham, co-founder of YCombinator and investor in many of today’s most successful startups. He doesn’t write often, but when he does, his words are concise, intelligent, and encourage the reader to think bigger and more critically. I recently re-read one of his most popular posts, titled “Do Things That Don’t Scale,” which was published in July 2013. 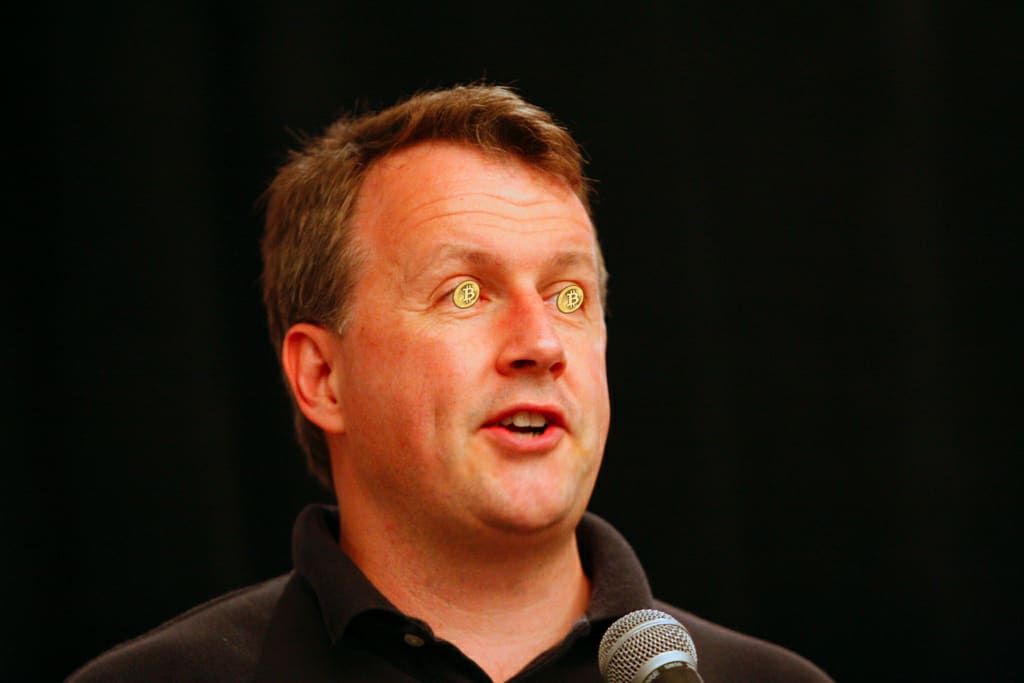 (This photo is from privateinternetaccess.com)

In this piece, Graham shares a piece of advice for entrepreneurs who are just starting out — do things that don’t scale. He begins by saying:

“One of the most common types of advice we give at Y Combinator is to do things that don’t scale. A lot of would-be founders believe that startups either take off or don’t. You build something, make it available, and if you’ve made a better mousetrap, people beat a path to your door as promised. Or they don’t, in which case the market must not exist. Actually startups take off because the founders make them take off. There may be a handful that just grew by themselves, but usually it takes some sort of push to get them going. A good metaphor would be the cranks that car engines had before they got electric starters. Once the engine was going, it would keep going, but there was a separate and laborious process to get it going.”

Graham then goes on to highlight a framework for implementing the idea of unscalable actions. As I kept reading, I couldn’t help but think “this is how Bitcoin grew.” Below I have summarized or shortened each section of Paul Graham’s framework (you will still get the general concept), along with adding commentary on how Bitcoin’s rise applies.

“The most common unscalable thing founders have to do at the start is to recruit users manually. Nearly all startups have to. You can’t wait for users to come to you. You have to go out and get them.” In this section, Graham gives examples of successful startups who manually recruited early adopters in a very unscalable way. They didn’t run Facebook ads, launch TV commercials, or even have a marketing budget, but instead they spent their time showing a small group of people their product, soliciting feedback, and onboarding users one at a time.

Bitcoin’s initial adoption was very similar. Satoshi Nakamoto didn’t have a for-profit company. He/She/They didn’t raise money to build the product or market it. Bitcoin’s software was written, then a white paper was put together, and eventually a very small group of cryptographers were told about the cryptocurrency via a cryptography email list. The Bitcoin “founder” was literally emailing early users one on one, including answering questions and discussing features. Eventually, the discussion of this small group grew from emails (very private) to Internet forums (a little more public), but throughout the entire process, users were encouraged to download the software and start using/testing it.

“Airbnb now seems like an unstoppable juggernaut, but early on it was so fragile that about 30 days of going out and engaging in person with users made the difference between success and failure. That initial fragility was not a unique feature of Airbnb. Almost all startups are fragile initially. And that’s one of the biggest things inexperienced founders and investors (and reporters and know-it-alls on forums) get wrong about them. They unconsciously judge larval startups by the standards of established ones. They’re like someone looking at a newborn baby and concluding “there’s no way this tiny creature could ever accomplish anything.”

Imagine telling someone that a new form of money, only in digital form and not backed by a sovereign nation, would grow from a single user to millions of people and hundreds of billions of dollars in market cap within a decade. Or that this new form of money would be covered daily on investment shows like CNBC and Bloomberg. Or that public pensions, university endowments, and other institutional investors would eventually incorporate this digital currency into their portfolio. Not only would very few people believe you, but most people would think it was utterly impossible. And for the most part, it was. As my partner Mark Yusko likes to say, “The miracle of Bitcoin is not having it reach $10,000, but rather that it went from $0.003 to $1.” The initial fragility of Bitcoin can’t be overstated and the odds of the flywheel of adoption actually taking place are hard to comprehend.

“You should take extraordinary measures not just to acquire users, but also to make them happy. For as long as they could (which turned out to be surprisingly long), Wufoo sent each new user a hand-written thank you note. Your first users should feel that signing up with you was one of the best choices they ever made. And you in turn should be racking your brains to think of new ways to delight them.”

While Satoshi Nakamoto was not sending out thank you notes to individual users, he/she/they were answering individual emails and forum posts from the first users. There was a level of “customer service” that occurred, but it wasn’t what you would normally categorize as customer service. There were no call centers. No sales people. Just a simple, yet eloquent, 9-page white paper that described what Bitcoin was and how it worked, along with a founder willing to engage in the perfect tone with the initial target market of cryptographers.

“I was trying to think of a phrase to convey how extreme your attention to users should be, and I realized Steve Jobs had already done it: insanely great. Steve wasn’t just using “insanely” as a synonym for “very.” He meant it more literally — that one should focus on quality of execution to a degree that in everyday life would be considered pathological. All the most successful startups we’ve funded have, and that probably doesn’t surprise would-be founders. What novice founders don’t get is what insanely great translates to in a larval startup. When Steve Jobs started using that phrase, Apple was already an established company. He meant the Mac (and its documentation and even packaging — such is the nature of obsession) should be insanely well designed and manufactured. That’s not hard for engineers to grasp. It’s just a more extreme version of designing a robust and elegant product.”

Personally, I think this is the most important point that Graham makes. When the initial users of Bitcoin started testing it, they had an epiphany that was lacking in other attempts at building a digital currency — Bitcoin was a product that simply worked. The transactions worked. The cryptography worked. The mining mechanism worked. The delightful experience of trying something new, having it work, and realizing that it was a major improvement over sending US dollars via the traditional banking system (faster, cheaper, more secure, not reliant on a centralized third party, etc) was really, really important to pulling in the initial users.

“Sometimes the right unscalable trick is to focus on a deliberately narrow market. It’s like keeping a fire contained at first to get it really hot before adding more logs. That’s what Facebook did. At first it was just for Harvard students. In that form it only had a potential market of a few thousand people, but because they felt it was really for them, a critical mass of them signed up. After Facebook stopped being for Harvard students, it remained for students at specific colleges for quite a while. When I interviewed Mark Zuckerberg at Startup School, he said that while it was a lot of work creating course lists for each school, doing that made students feel the site was their natural home.”

Bitcoin had a single target market initially — cypherpunks. (A cypherpunk is “any activist advocating widespread use of strong cryptography and privacy-enhancing technologies as a route to social and political change.”) These individuals had a shared set of ideals, ethos, and view of the world. They were the exact people looking for a decentralized, secure, digital currency that removed the need for centralized authorities. And when Satoshi Nakamoto built the right product and handed it to the cypherpunks, they knew exactly what to do with it — mine it, hold it, and use it. Bitcoin found product-market fit almost immediately, which accelerated adoption (it also didn’t hurt that money is an extremely viral product).

“There’s a more extreme variant where you don’t just use your software, but are your software. When you only have a small number of users, you can sometimes get away with doing by hand things that you plan to automate later. This lets you launch faster, and when you do finally automate yourself out of the loop, you’ll know exactly what to build because you’ll have muscle memory from doing it yourself. When manual components look to the user like software, this technique starts to have aspects of a practical joke. For example, the way Stripe delivered “instant” merchant accounts to its first users was that the founders manually signed them up for traditional merchant accounts behind the scenes.”

Many of the first pieces of Bitcoin infrastructure followed a similar trajectory of starting out manual behind the scenes, but eventually building software that “automated” those processes over time. This was true in payment processing, exchanges, and a number of other instances.

“I should mention one sort of initial tactic that usually doesn’t work: the Big Launch. I occasionally meet founders who seem to believe startups are projectiles rather than powered aircraft, and that they’ll make it big if and only if they’re launched with sufficient initial velocity. They want to launch simultaneously in 8 different publications, with embargoes. And on a tuesday, of course, since they read somewhere that’s the optimum day to launch something. It’s easy to see how little launches matter. Think of some successful startups. How many of their launches do you remember? All you need from a launch is some initial core of users. How well you’re doing a few months later will depend more on how happy you made those users than how many there were of them.”

Big launches almost never matter and thankfully, Bitcoin had the exact opposite of a big launch. It was quietly built and then sent to a very small group of people. The founder didn’t even want to be known, so they used a pseudonym, before eventually disappearing. The focus from day one has always been on the product, along with the ability for it to simply work.

Paul Graham’s advice is likely to stand the test of time. It focuses on the most important aspect of building a company — finding product/market fit in a high probability way. As you can see above, Bitcoin was able to follow a similar playbook, whether intentionally or not.

But my favorite part is that almost every token project since Bitcoin has chosen to take a different path. They have mostly pursued large funding rounds, extravagant company launches, or egregious spending on “marketing.” These pursuits are not only unlikely to work, but they also give founders a false sense of traction. They make it easier to confuse motion with progress.

Bitcoin is the largest market cap cryptocurrency today. It is unlikely that will change any time soon. The network effects are too strong. The brand awareness is too strong. And since money is a belief system, too many people believe Bitcoin will be the winner.

It is fun to look back at the last 10 years of Bitcoin’s rise and realize that the playbook was simple — do the things that don’t scale. Just don’t understatement how hard that playbook is to execute :)