The Bitcoin/Government Battle is Vaporware 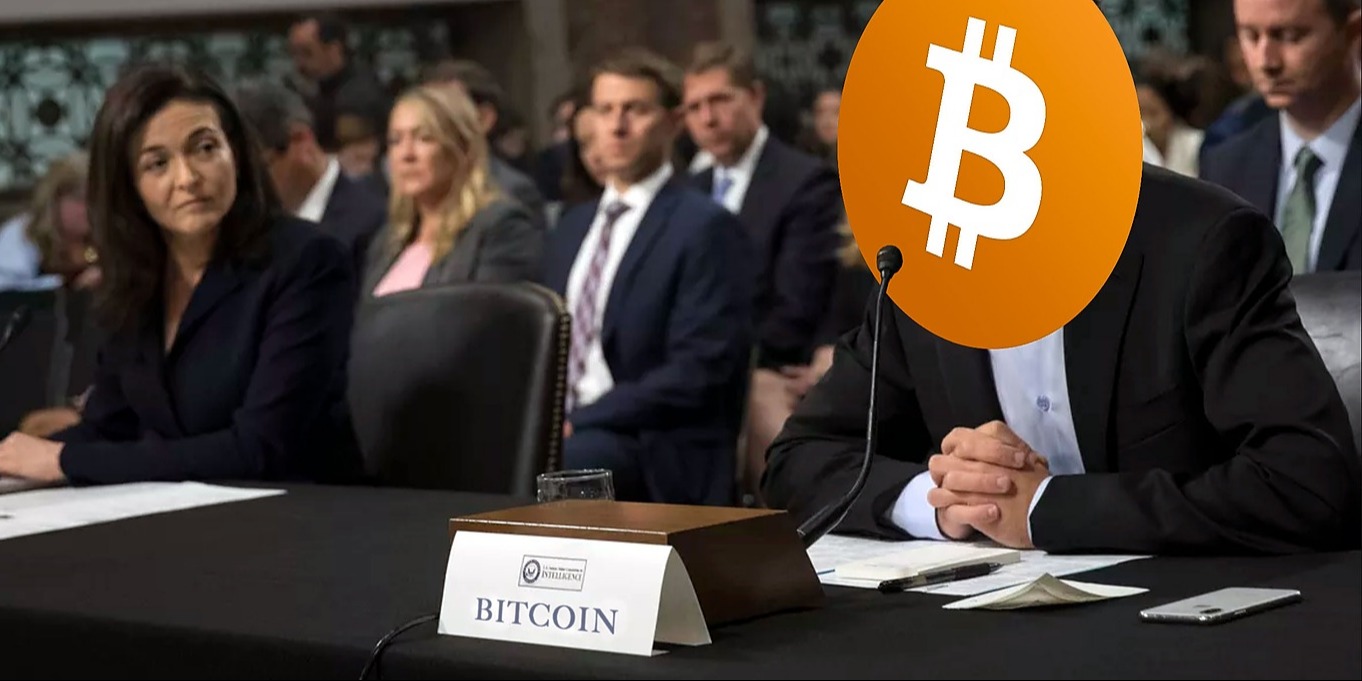 For bitcoiners, it is something of a parlor game to think of ways Bitcoin could be killed. In its decade-long history, the world’s first cryptocurrency has already dodged numerous bullets: exchange hacks, software bugs, ideological civil wars, massive price-crashes, being labeled “rat poison” by Warren Buffett, and no less than 370 “Bitcoin is dead” articles published by writers who’ve consistently been premature in their vulture-like stance. So far, rain or shine, Bitcoin has always taken its lumps, dusted itself off, and gone on producing blocks — to the glee of its fans and the astonishment of its detractors. But, like a plucky video game character advancing to bigger scraps with tougher bad guys, Bitcoin has larger fights coming. And Bitcoin’s user community — like X-Box-watching friends yelling advice from the couch — spends a lot of time speculating about the next fight, the optimal strategy, and how they’d play if they were the one behind the controller. For many, the ultimate fight they imagine to be coming is the showdown that will happen when governments “wake up” to Bitcoin, become scared for their own national currencies, and rouse themselves to go on the offensive. The apocalypto-philia goes something like this:

“Bitcoin will be declared illegal. Anyone who’s ever held a Coinbase account will be forced to renounce their private keys and swear monetary allegiance to the Dollar, Euro, etc. Armed drones will deliver incendiary grenades to any building found with an open port 8333 on its Internet router.”

This, my friends, is a fever dream.

Before I begin, let me admit my biases:

Why is sci-fi and cypherpunkery relevant to this popular delusion? Because the big, bad final boss in the cypherpunk genre (going back as far as George Orwell) is always a high-tech, neofascist, all-seeing government. So naturally — like David vs. Goliath or the Rebel Alliance vs. the Galactic Empire — eventually Satoshi’s band of pseudonymous code-phreaks and their Austrian-economics pals are destined to square off against the central bankers that have dominated international finance for the past century. These monetary villains have inflated away over 95% of the US Dollar’s purchasing power since the inception of the Fed. (Astonishingly, the Dollar seems to have gotten off lucky compared to most other currencies.) 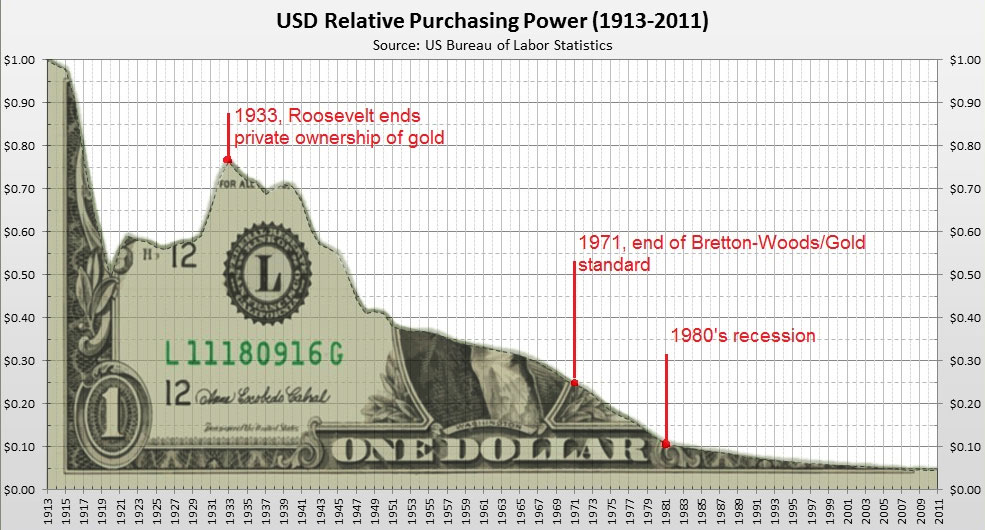 So if Bitcoin doesn’t fight this epic monetary bad guy…then what happens?

Gentlemen, I’m sorry, but the Wachowskis will not be directing this movie. Bitcoin’s future history is going to merit a Ken-Burns-style documentary, not an action flick.

The cartel system of global central banking has been, without question, the most successful tool in history for wealth extraction. Gold bugs, bitcoiners, and anyone who has done even minimal research into the history of fractional-reserve banking already understands this. The Cantillon Effect is real, and it is spectacular. 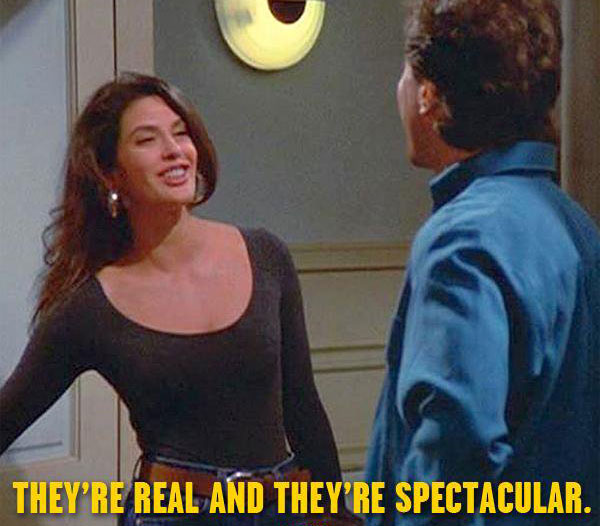 Despite all this, I’m telling you that the beneficiaries of this most excellent of cons— the people who even now are reaping ill-gotten gains through the expansion of the world’s money supply — are going to leak away their power without a fight. There will be no monetary Armageddon.

The Revolution will not be worth televising.

I’m making this rather bold prediction that I know few people will agree with, but I’m confident in doing so. And here’s why: The world’s central banking cartel isn’t best compared to the biblical Goliath. If we keep things sci-fi, a better comparison would be to Jean-Luc Picard’s nemesis from Star Trek: The Next Generation — the Borg. 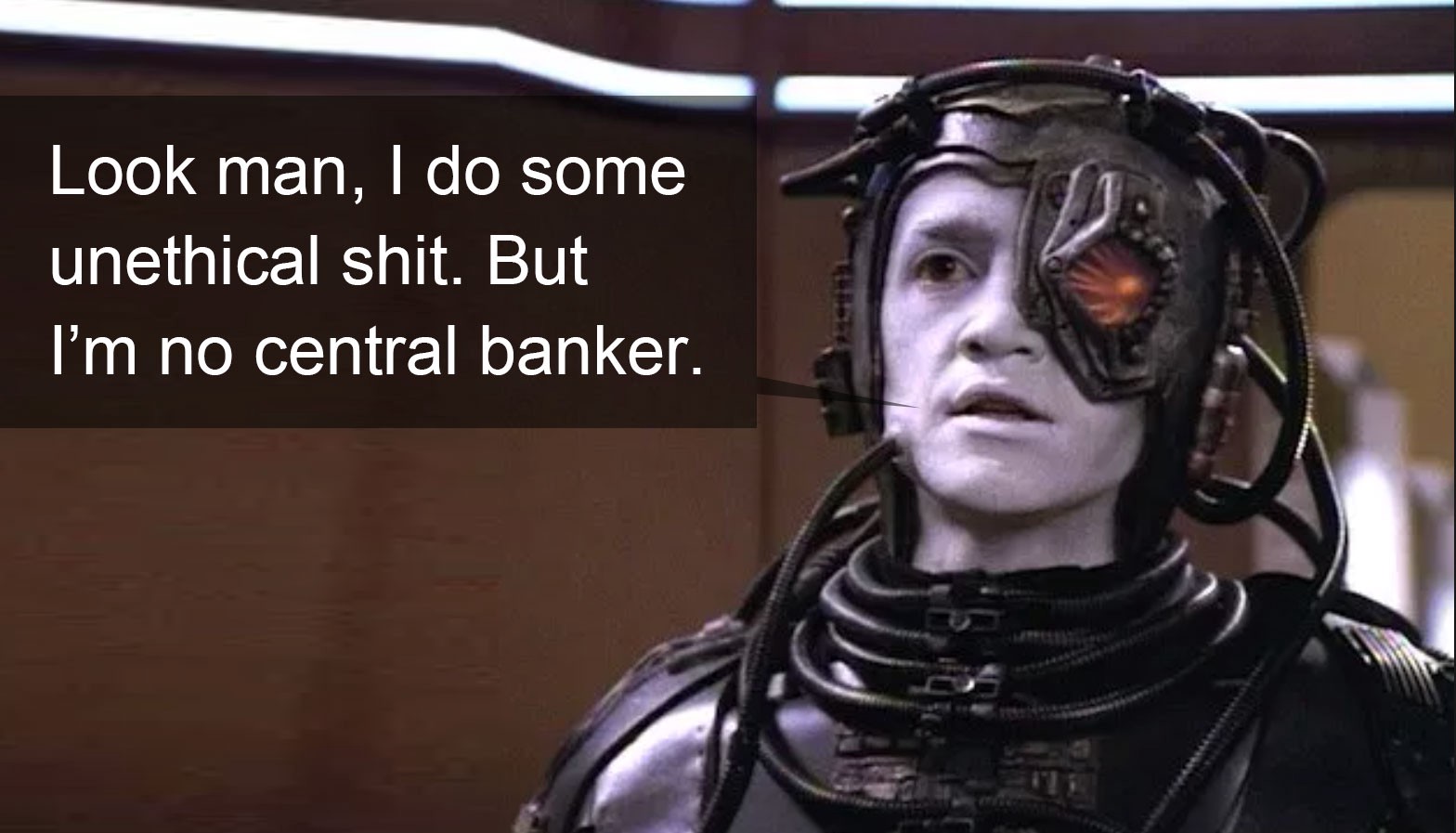 The economics of conflict.

Ho Chi Minh was the father of the modern Vietnamese state, and he spoke the words above as a warning to the French colonial government in the aftermath of World War 2. During that war, both the French and the Vietnamese homelands had been occupied by Axis Powers — France by the Nazis, Vietnam by Imperial Japan. With geopolitics in post-war flux, Ho Chi Minh wasn’t about to passively trade one occupying power for another. Gamblers at the time wouldn’t have picked the scrappy Southeast Asians as eventual victors against the French. France was backed by the USA — which had just kicked the ass of the country that had kicked Vietnam’s ass. But Ho Chi Minh saw the match-up versus France in a different way, stripped down to its brutal, economic reality: It was much, much cheaper for the Vietnamese to kill Frenchmen than for occupying Frenchmen to kill Vietnamese.

In a war of attrition, Ho Chi Minh knew he would win.

In 2008, Satoshi Nakamoto designed a system with economic realities similar to those which made the underdog Vietnamese successful against the French (1954), and later, the Americans (1975). Ho could put combatants into the field inexpensively — and not just the “men with guns” kind of combatants. The televised optics of an industrialized country’s military suppressing a determined underdog that only wanted to be left alone created allies among the (decentralized) public within the enemy nations. It wasn’t Vietnam’s battlefield strength but a slow splintering of its enemies’ will to fight that eventually yielded victory.

I am Bitcoin. I am legion.

Satoshi’s system — Bitcoin — was designed with incentives such that, for its entire eleven-year history, it has always been more economically rational to help Bitcoin than to fight against Bitcoin. With a handful of exceptions made up of vanishingly few people, that bold statement is true for every human on Earth. In the decentralized network of human society, each person is a potential convert to side with Bitcoin versus the central banks’ monetary monopolies. Siding with the central banks gets you…the status quo you’re already enjoying. (Is that a golf clap I hear?) Unless you’re a top banking executive or hold a regulatory role that earns you licit or illicit profits from the banking industry, there’s nothing “in it for you” to fight against free-market monetary competition. If central banks impel their respective nation-states to move against Bitcoin, you stand nothing to gain. On the other hand, should you at any point decide to invest a triflingly small amount of your personal savings into Bitcoin (on the off-chance that like-minded others will do the same) and proceed to go about your life, you have a plausible chance of making massive returns from your passive investment.

Fun Fact: Thus far in Bitcoin’s history, there has never been a period where you could buy-and-hold for 3 years and not be able to sell at a profit. During most three-year spans, the profits would be dramatic.

Are such everyday Bitcoin-owners active foot-soldiers in an epic battle against government-backed currencies? Not at all. But do they have a dog in the proverbial fight? Sure. Will they want their governments to take overt action against their investment? Of course not. There are — based on “Know Your Customer” banking records from government-sanctioned Bitcoin exchanges — at least 10 million Americans who have registered for an account through which they can buy Bitcoin. It is estimated there are 30 million Bitcoin owners worldwide.

The Trojans have already left the Horse.

Of the 10-million-plus Americans sitting on a little Bitcoin (or maybe a lot), how many of these are politicians? How many are regulators? How many work inside the banking system? If you know the first thing about investments, you’ve heard the word diversification. It’s the one word you can drop in financial conversations that are otherwise over your head and not sound like a moron. So how many people in the “investor class” have picked up a little Bitcoin to diversify their investment portfolios outside the traditional asset classes? And can’t we assume that people with enough capital to invest exert more than their fair share of pull with the government, demographically speaking? (This is a question that answers itself.) Congressman Patrick McHenry of North Carolina recently said:

“The world that Satoshi Nakamoto, author of the Bitcoin white paper, envisioned — and others are building — is an unstoppable force… We should not attempt to deter this innovation. Governments cannot stop this innovation, and those that have tried have already failed.”

This is an out-of-the-closet bitcoiner. Nobody asked McHenry how much Bitcoin he personally owns (he was among the committee’s panel of members, not a witness) — but can you really read that quote and have any doubt?

Tech giant Google (Alphabet, Inc.) spends over $20 million per year lobbying the US government. At first blush, this seems unrelated to Bitcoin. It’s tempting to say “Google is a corporation; they’ve got people whose job it is to advance their interests. Bitcoin is just a decentralized, pseudonymous network. No one is lobbying on behalf of Bitcoin.” 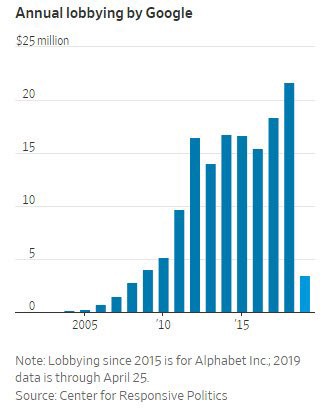 But does this assumption really stand up to scrutiny? If you were a “Bitcoin whale” — one of the early adopters who was either lucky or prescient enough to buy large amounts of bitcoin when its price was 100 or more times less than it is today — why on Earth wouldn’t you take out the world’s simplest insurance policy on your digital riches?

It’s simple: You insure your investment by putting some Bitcoin directly into the hands of currently-neutral legislators who could influence policy in the future.

If you had given someone $1000 worth of Bitcoin exactly 3 years ago today, one of two things has happened:

Whichever scenario occurred, you would have guaranteed this person understands Bitcoin’s potential — and you’ve very possibly created a sleeper-cell advocate for future policy. If you are, say, Cameron and Tyler Winklevoss (founders of the Gemini exchange and purported owners of 1% of the world supply of Bitcoin), it would practically be fiduciary malpractice not to lobby in this way.

The central banks won’t mount a fight against Bitcoin because they’ll find themselves unable to field an army. (At least, not one that can avoid ongoing mass defections.) They have no moral authority to inspire troops.

They have no booty to promise aside from the status quo. And they have no enemy to demonize except for a globally distributed network with no ideology or ulterior motive. Bitcoin is simply an opt-in, open-source software with the historically reliable property of making its users wealthy.

And this is what more and more nocoiner neutrals will choose to do. The slope from Bitcoin curiosity, to toe-dipping, to enthusiasm, to advocacy is a slippery one indeed. I’m sorry, my cypherpunk friends, but your apocalyptic future-war visions will have to wait for the killer robots.

The world’s national currencies will offer Bitcoin only a sputtering resistance — more in word than deed — and they’ll dwindle into irrelevance as their defenders fail to defend, their battlements go unmanned, and the central banks’ centers will not hold.

The final capitulation will be less William Gibson and more Douglas Adams: Not with a bang, but with a snicker.