Bitcoin as a store of energy

Bitcoin is a fascinating new asset class that we are only just barely beginning to understand. This article is one of a multi-part series that I want to explore about how the world can transition to the Bitcoin Standard; where BTC is used as the liquidity of the global economy instead of the current status quo (USD).

I’ll discuss Bitcoin as a Store of Value and how that relates to energy. I’ll then outline global energy production trends and problems. I’ll then do an analysis on how Bitcoin can be used to compliment and augment energy production as a means to transmit energy from low cost regions to high cost regions, and what it may look like for Australia’s energy grid.

We are beginning to see how Bitcoin can be used as a store of value (SoV). For almost a year now BTC has maintained a value higher than $5000 a unit, and 18 months for higher than $1000 a unit. Going deeper we can see that Bitcoin is actually a store of energy, as it consumes electricity in the most efficient manner possible via the actions of self-interested profit-seeking mining operators. As Bitcoin is created from coinbase rewards that can only be performed by miners, the value of that Bitcoin is invariably related to the amount of work that was performed in creating the Bitcoin, which requires energy expenditure. The combination of mathematically defined supply and proof-of-work is the strongest case of Bitcoin’s SoV argument. 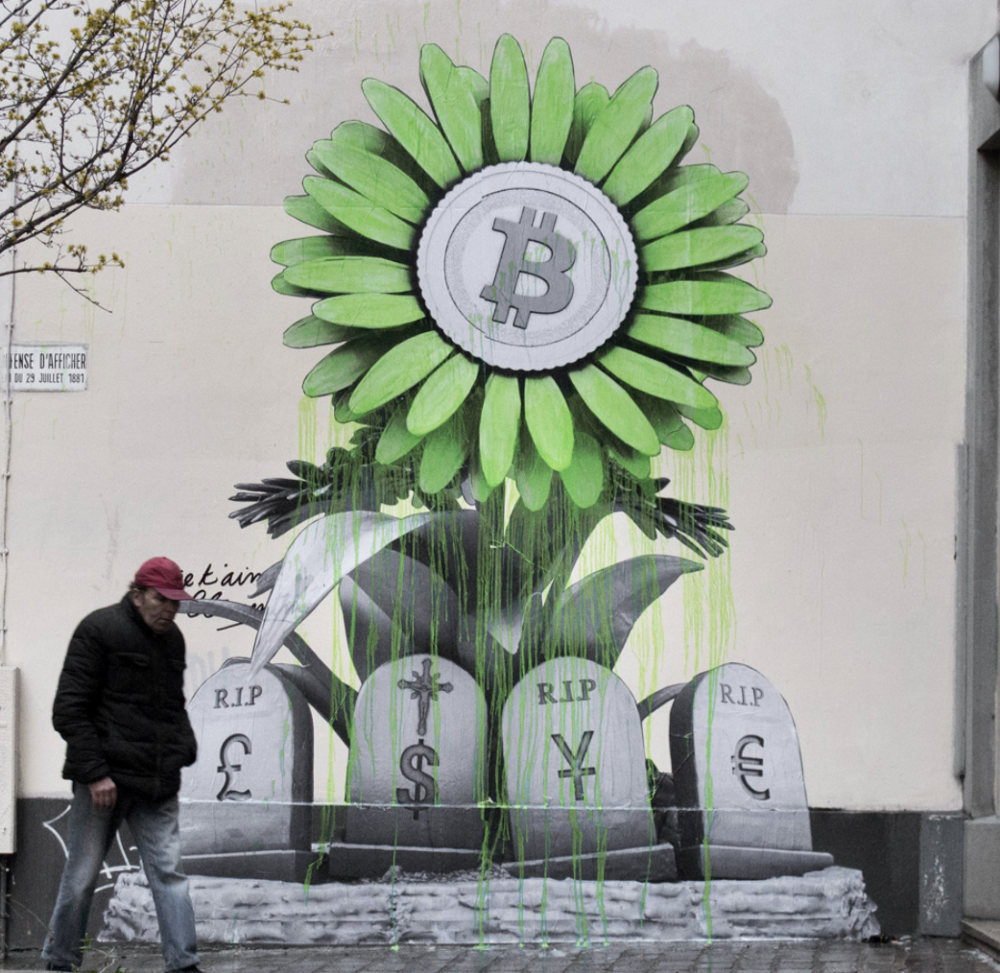 There is a massive disparity in global electricity prices, ranging from less than 10c kwh in some countries, to over 40c kwh in others. This can all be attributed to the differences in regional electricity production costs, exacerbated by the cost of transmission. 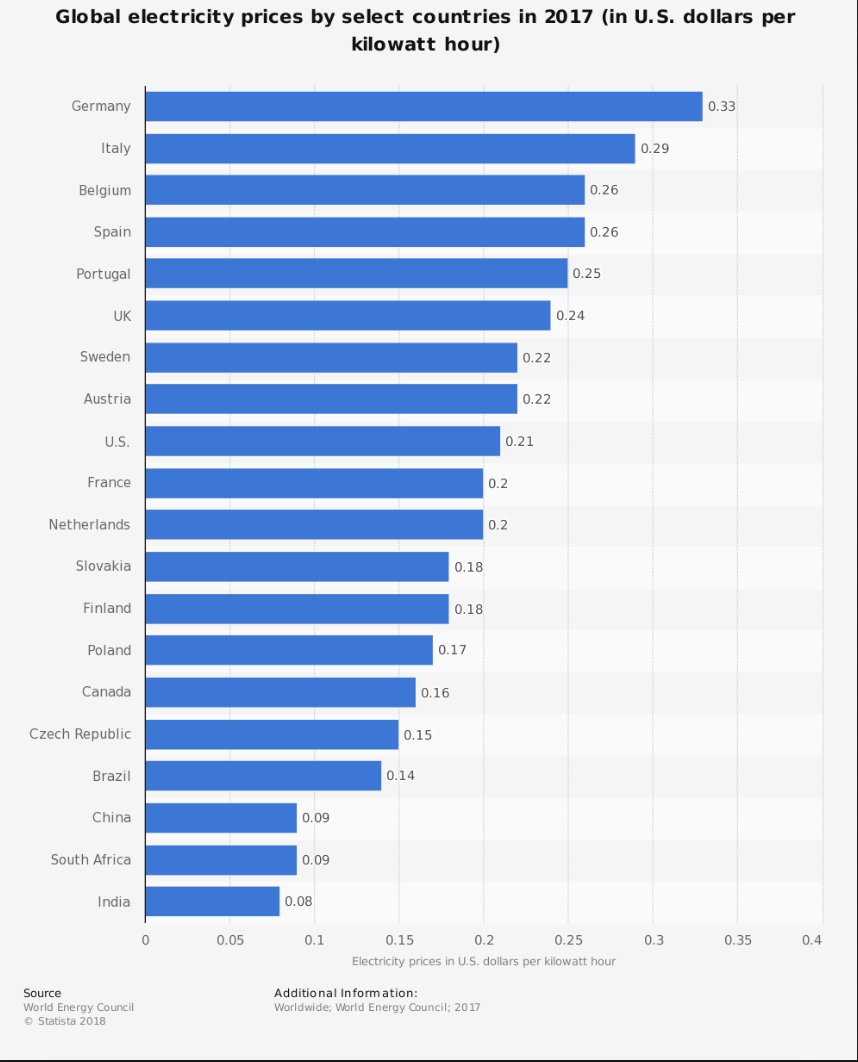 However, these prices are far higher than what can be achieved through renewable sources, in particular Solar PV: 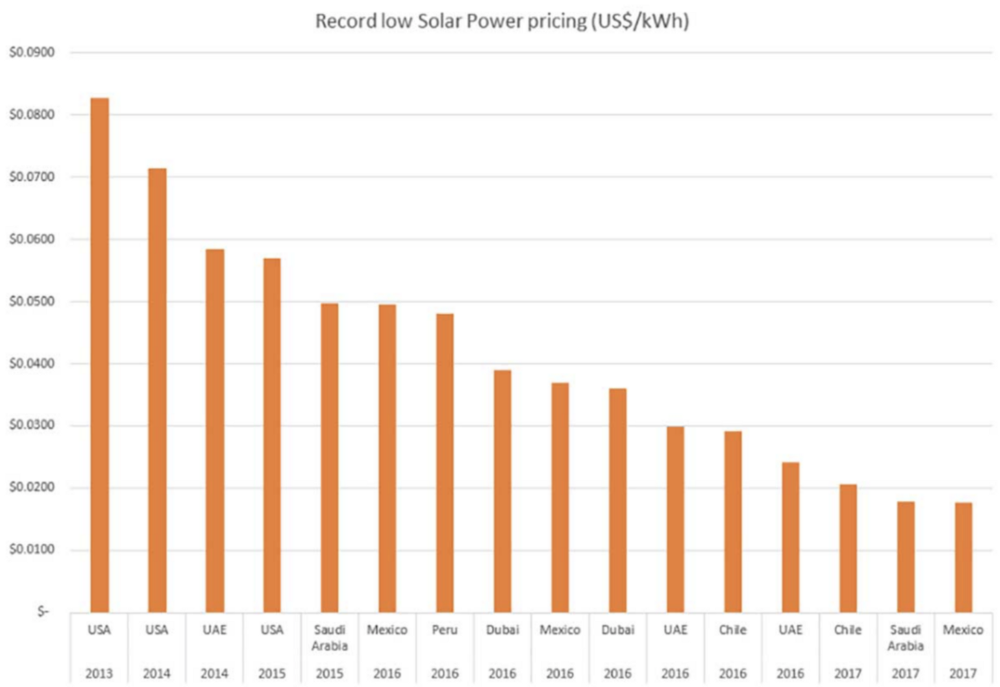 Energy Production and the Duck Curve

Energy production follows the “duck curve”, where the variable generation of energy across a day does not match the variable demand. Without some way to store, energy production must be adjusted to match demand, resulting in very expensive infrastructure such as peaker plants to compliment peaks of demand and load banks to shed energy when demand is below baseload. The baseload is the minimal amount of energy a grid must generate “at idle” to prevent infrastructure being turned off, which is expensive and damaging. 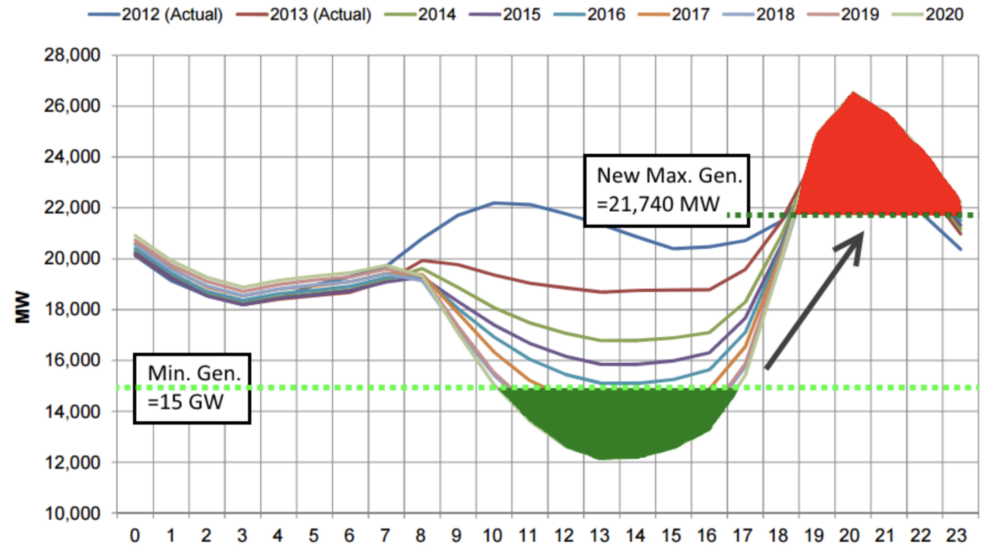 A Stanford study into Californian Energy Generation and Demand cycles

It is clear that energy can easily be produced in very large quantities for very cheap prices in the right regions. However, the issue is in transmitting this energy to the regions where it is needed. Enter Bitcoin.

There is a continual increase in Bitcoin hash rate; which is an indirect metric of how much infrastructure is invested into and maintains the network at any given moment. Over the last year, despite any price volatility, the hash rate has increased 6 times, from 10 exa-hash to 60 exa-hash. 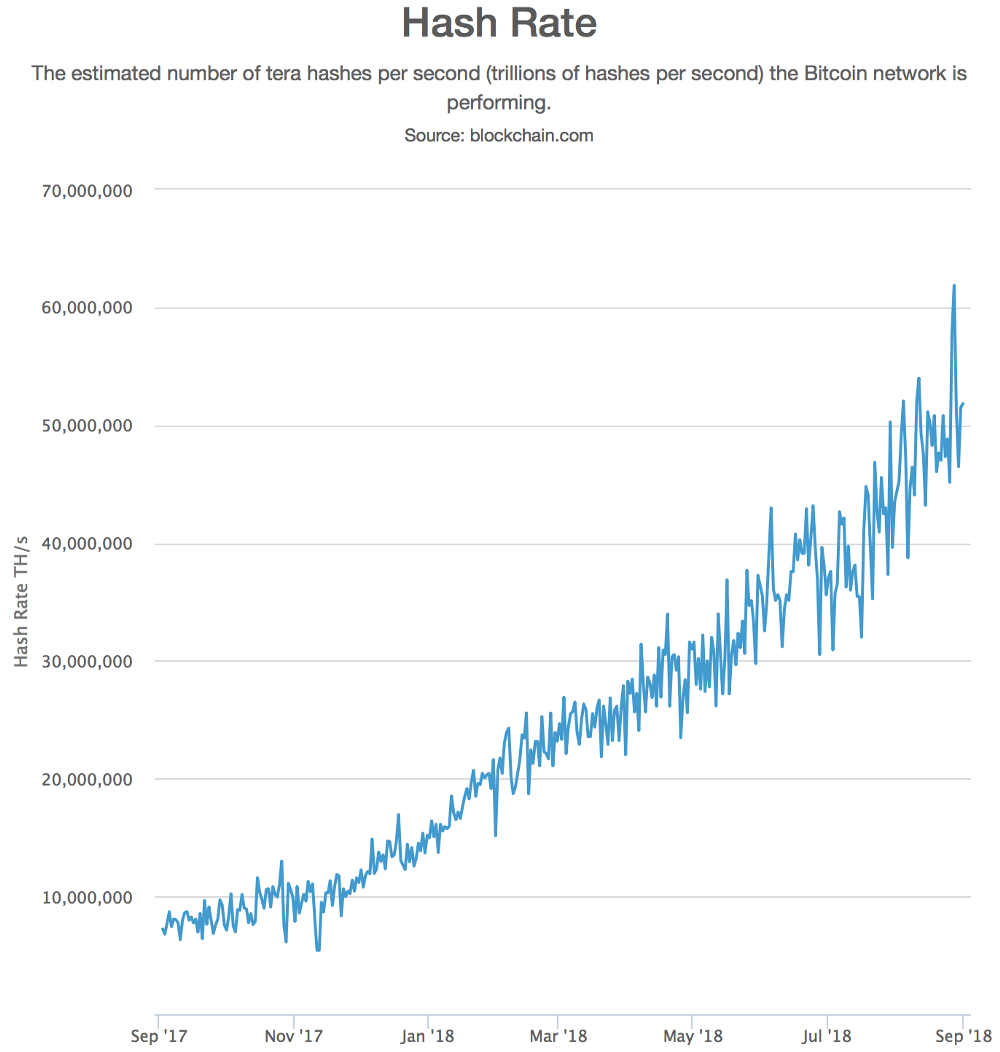 For every day that it is more profitable to mine a single Bitcoin and sell it than the amortized cost of infrastructure and the cost of electricity that goes into mining it, hash rate will be added. It is a very simple equation.

The question is whether Bitcoin can be used to effectively absorb energy in one location and transmit it to another region to release that energy. We will do an analysis around a $300m energy contract with two scenarios:

For this analysis we will use the following assumptions around the Antminer S9 with a realistic wholesale cost of $1000/unit (Bitmain are currently selling them off in a firesale less than $400):

We will also use the following assumptions around a mining farm that would be built to consume energy from a low cost solar plant:

Over 3 years, half of the daily profit from the farm is used to reinvest back into more mining infrastructure to prevent dilution against increasing hash rate. This leaves $80k of daily profit to be immediately transmitted back to Australia. This profit can then be used to either reinvest in the growth of the Australian solar plant, or by reducing the retail cost of electricity by over half.

If reinvested, a total of $100m more is collected over 3 years (assuming no further increase in Bitcoin value). This would allow the solar capacity of the plant to be doubled.

Assuming that solar energy can be retailed at 10c kwh in Australia, a profit-generating farm would allow the retail cost of electricity to be reduced by more than half by subsidising the cost of retail electricity.

These are significant figures in a world of marginal improvements. It was shown that energy cost can be arbitraged between two different regions by simply using Bitcoin mining to consume it in one area, and produce it in another via liquidation to local currencies and investment into infrastructure.

In the next part I will discuss how the Lightning Network can be used by a self-sovereign country to completely power their economy and still collect consumption-based taxes fairly to run essential services. It will also be a look at how an economy can work in a low-inflation environment.