The Passion of the Believers

As always, we commence by sending thanks and good tidings to Satoshi Nakamoto — The Creator and First of the Believers, General of the Byzantines, Breaker of Banks and Fighter of Fiat — and to Hal Finney and The Apostles and The Disciples thereafter, and to The Stoic and Patient True Believers, who keep their tithe holy, and stack sats for their salvation. Oh you who believe, fear the day of economic reckoning, and do not face the Angel of Hyperbitcoinization as a nocoiner, for punishment awaits them in the hereafter. 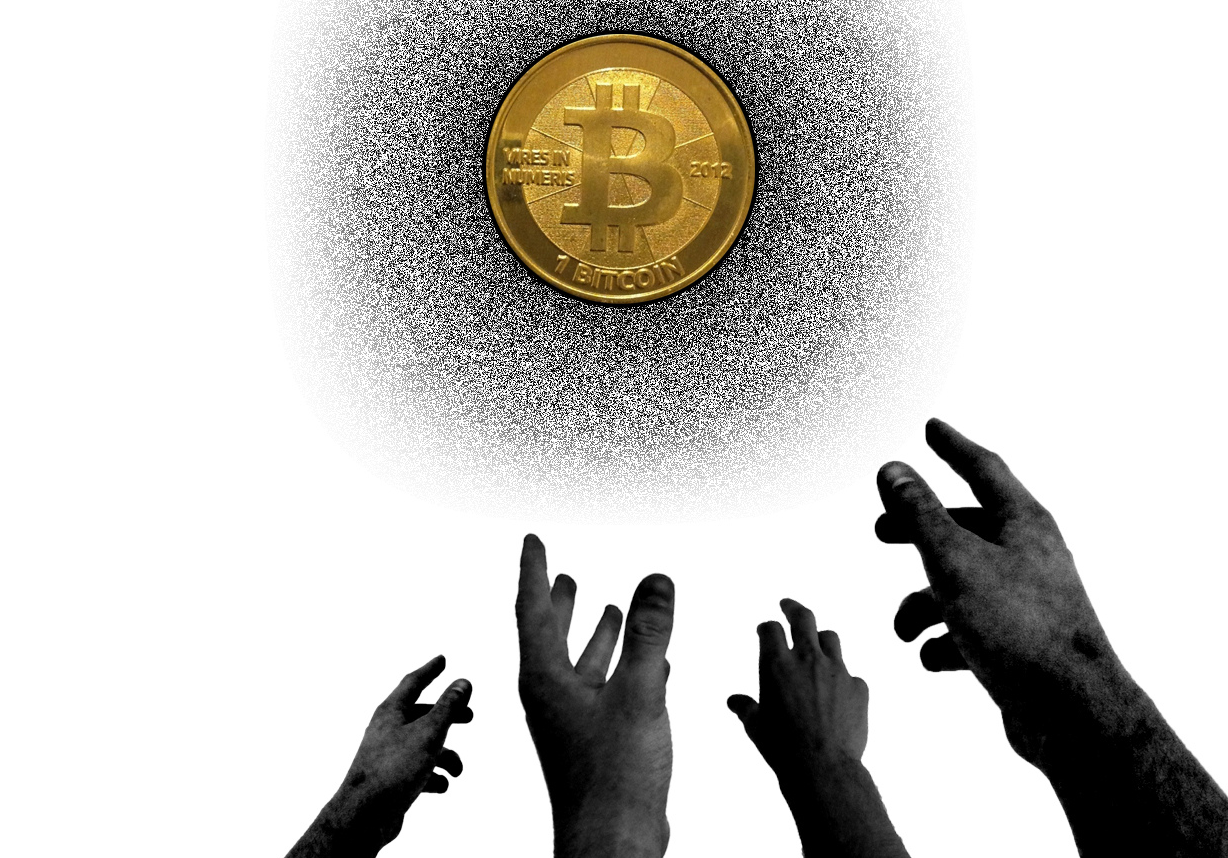 Religion has always been a touchy subject, with tens of millions of people even recoiling at the word. These demographics are reflected in the observable Bitcoin Twitter / Social Media communities, with the Recoilers being observably over-represented. When Bitcoiners are referred to as cult members, should they really be that upset? In this piece, I argue that they should not be, and instead, that they come home to The Hard-Money-Monastery. I will commence with dictionary definitions of religion and where Bitcoin fits into it. From there, I will introduce the mythology, memes, and laws that drive the commitment, attitudes, beliefs and practices of True Believers, and demonstrate the parallels between Bitcoin and “Traditional” religions. Perhaps you will find that a little religion may be good for all of us.

So how is religion defined? The Oxford Dictionary defines it as “A pursuit or interest followed with great devotion.” Mirriam-Webster defines it as “a personal set or institutionalized system of religious attitudes, beliefs, and practices” and “commitment or devotion to religious faith or observance”. I think this is a suitable secular definition moving forward. I will also define the term “hereafter” as “At some time in the future”, but also “After Death.” The concept of Death, or perhaps more specifically, Judgement Day, is viewed by many Bitcoiners as a devastating economic event, the death of Fiat. Ultimately, this will lead to total civilizational collapse, or, the phenomenon of “hyperbitcoinization”, effectively, when all global trade is conducted in Bitcoin, and its market capitalization is in the dozens of trillions, if not hundreds. A tenet of the Bitcoin faith is belief in this Day and the need to prepare well for it. With definitions out of the way, we can get to the epic memes.

Bitcoin mythology is legendary in its potential reach. Satoshi as a real, yet mythical, being, concept, or meme, would deserve a full book in their own right. The Bitcoin Network is omnipresent — beamed everywhere, even from the heavens above. There is decentralization of everything — from the mechanical process of mining, to the human process of building and hodling, thought, and religious, or non-religious, ideology. The Nodes are omnipotent, and only through their good graces can changes be made to Bitcoin. Running a full node is a practice that is incumbent on the True Believer. The Timechain is the unforgeable eternal ledger, secured by the practice of mining, of which True Believers are encouraged to do if able. Through the process of Proof-of-Work, the pulse of the network is the literal monetization and digital embodiment of energy. “Capital-E” Energy is thermodynamically finite, yet infinitely divisible into units of energy — just like Bitcoin. Bitcoin is a simple digital reflection of Energy, and is irrevocably tied to it. Energy is everything in the universe, and everything around us is simply a materialisation of this energy in one state or another. Energy is Nature. Energy is Life. We now finally have a monetary approximation of this through Bitcoin.

Bitcoin, then, is simply Energy, and by extension, Nature and Life itself. Nature demands submission. The Nature of Bitcoin is open and permissionless, and since Bitcoin is rooted in Nature (i.e. Energy), the will of Bitcoin must be submitted to.

One of great virtue is one who follows the Natural Way of Bitcoin.

Bitcoin is vague and intangible. Yet, in the vague and void, there is image, there is substance.

Within the profound intangible, there is essence. This essence is genuine. In It lies the great faith.

Since the beginning of 2009, Bitcoin has been in existence.

Only through It can one understand the origin of all beings

How do I know that this is the true essence?

It is through this Natural Way.

Bitcoin is the Essence of Money. The True Believer is content in their submission to the will of Bitcoin, and they will be greatly rewarded in the hereafter. I will discuss the hereafter, and several other parallels Bitcoin has with “traditional religions”, next. 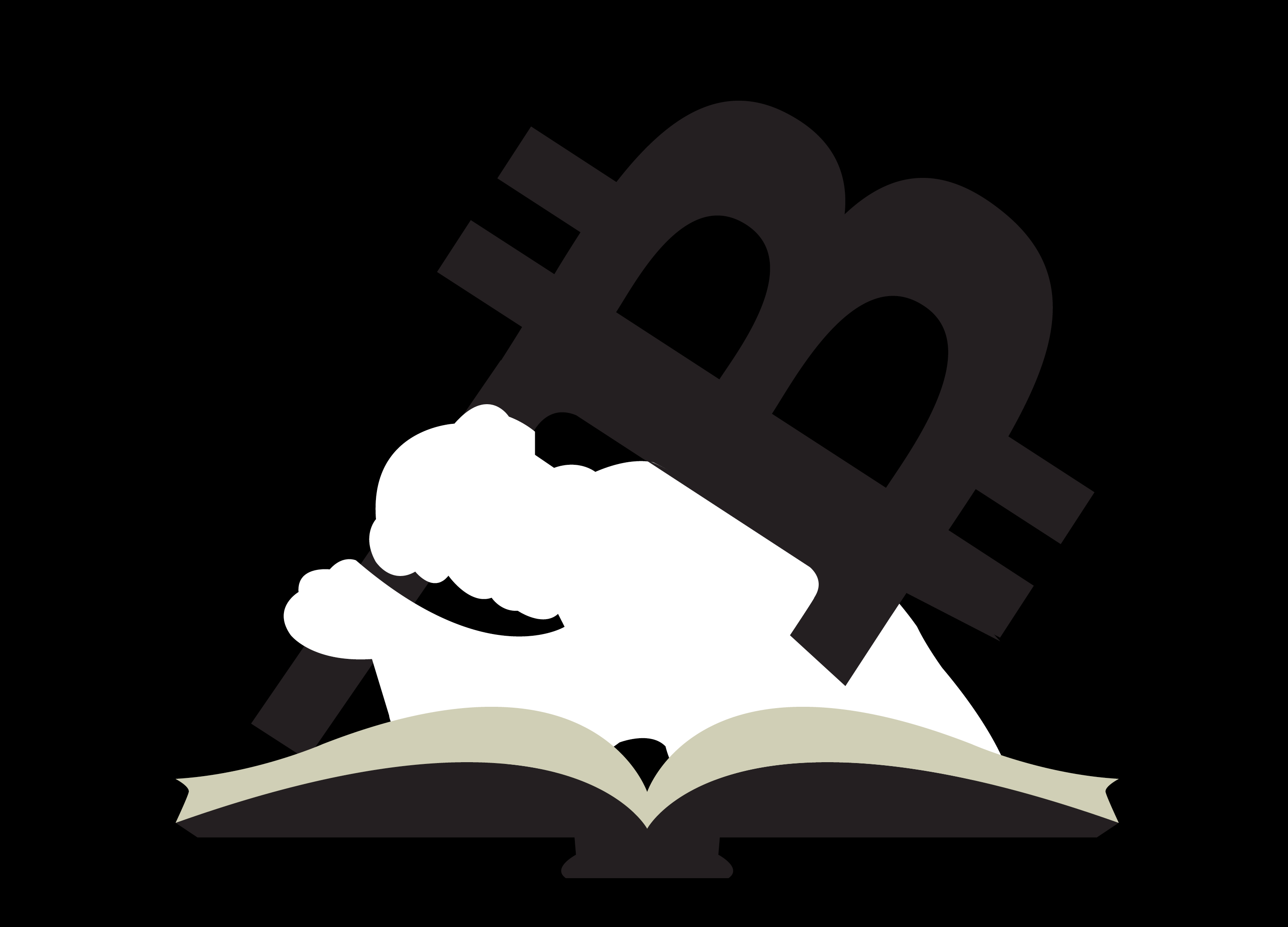 There are several common themes across the world’s major religions, spanning monotheistic, polytheistic and philosophical ones. Bitcoin embodies bits and pieces of all of them and can even share conflicting religious beliefs! Such is the beauty of Bitcoin, it is compatible and flows through Nature, with anyone free to ride its waves and integrate it into their own “religion”.

Take for example the contrast of Bitcoin and the Christian concept of Original Sin. The Bitcoin Observant see mankind’s fall from grace as the movement to fiat currency, and we are all born default Keynesians, and need to stack sats to cleanse ourselves for a pleasant hereafter.

Islam takes an opposite view, whereby all people are born Muslim and with a clean spiritual slate, and non-Mulsims can “revert” to Islam if they choose. The Bitcoin analogy in this case would be that we are born free, with a clear mental slate that accepts the will of nature, but gets forced into the fiat machine. We can revert to our state of freedom by declaring our faith in Bitcoin; best done by stacking sats.

There are also elements of both free will and divine pre-ordainment at play in traditional religions, and this is also apparent in Bitcoin. We all participate based on our free will, with a major reason being the Divine Preordainment of the Bitcoin Supply.

One cannot mention bitcoin and religious reverence without the mentioning of Satoshi. In one way, he presents as a Saviour, who so loved us, that he sacrificed almost 5% of Bitcoin’s supply so that he may complete his favour upon us. As a messenger, he created the perfect money for us, and brought to us this Code called Bitcoin Core. Within its own ecosystem, The Code is a deity in its own right; it sets fixed boundaries of what is and isn’t allowed, and enforces these rules without fear or favour, beholden to no-one, only to the Greater Law of Mathematics. Although enforcement mechanisms differ across religions, the same points apply. Therefore, every node running The Code is a deity in its own right too. An MMOPG, a Massively Multi-peer Online Polyumvirate God, engaged in Financial Warcraft.

In all religions, there is always some struggle of good versus evil in one way or another, with suffering being a theme across the majority. It is the ultimate display of low Time Preference — struggle now for victory and rewards in the future. Many religious people struggle for a future that may not even exist! Struggles can be internal or external. Internal struggles are the hardest, as “sin” can be easily fallen into. Bitcoin has no struggles, it just is. The Believers must struggle externally in what will be biggest mythological Good versus Evil war in history, the battle of Hard, Pure Money versus Evil-Facilitating Fiat. Internally, they need to avoid particular “deadly sins.” The original 7-deadly sins were Lust, Gluttony, Greed, Sloth, Wrath, Envy, Pride. Religions encourage staying away from sin and following the straight and narrow path. Staying away from sin and doing good deeds grants you rewards for a heavenly hereafter. After all, everything in Nature is incentive driven.

Some say that If you indulge in these sins often enough, the regret and heavy conscience would be enough to make the final minutes on your death-bed feel like hell on Earth, regardless of what afterlife you believe in. More importantly, chances are you will likely lose a lot of sats taking that approach, and based on what you believe, a fiery eternity would await you too. Either way, losing sats may be the difference between a heaven-like or hell-like experience in the Bitcoin Hereafter. In light of these 7 sins, The Observant maximise their health and live long lives by fighting gluttony and sloth, fight greed and pride by staying humble and stacking sats, and show no envy by voluntarily giving away your source for people to benefit from as they wish. Lust is a discretionary one, and wrath is allowable and encouraged against nocoiners and shitcoiners alike. The jurisprudence remains unclear though, with some sects, such as the Temple of Toxicity, arguing that wrath against shitcoiners and nocoiners is incumbent upon The Believer.

While many newcoiners come into the ecosystem at the prospect of financial returns, their education and involvement lead them to The Natural Way — stacking sats. From there, The Believer reaps several rewards, both spiritual fulfilment for their souls, as well as a much higher chance for a rapture on Economic Judgement Day and thereafter. Through the act of religiously regular sat stacking, The Believers provide an uphill-sloping bedrock and stability to the price. Some even refer to this ritual as a “tithe”, as every single sat stacked furthers the cause of Bitcoin — yet another parallel!

As we move up the natural logarithmic price slope, we get increases in “energy-level” to help in our fight. From a literal point of view, energy used to power Bitcoin will increase as a function of price. From a figurative point of view, the “energy level” is the size of the weaponry available to us in our contest against central banks. This means an enclosed Bitcoin ecosystem that is capable of delivering financial sovereignty to the masses. Indeed, victory has been granted to the patient and those who keep their tithe holy. Of course, there will be some vanity rewards to those who hold 6.15 BTC, with promises of Citadel living, endless riches, and well-endowed partners.

Having laid out the case above, we can see that Bitcoin facilitates most attitudes and beliefs; especially those related to freedom and sovereignty. The True Believer’s involvement in the ecosystem involves many different religious practices, whether it’s contributing code, running a node, learning and educating, or simply stacking sats. They carry out these practices with great devotion. Not only does Bitcoin fit the dictionary definition, we have seen that Bitcoin as a religion shares many underlying tones with both the ancient & modern religions.

In closing, we will recite a brief Bitcoin prayer:

Oh Bitcoin! Do not punish us if we forget our DCA or we fall into error with fiat and shitcoins; Oh Bitcoin! And lay not on us a bear market like that which You did lay on those before us; Oh Bitcoin! And put not on us bags greater than we have the strength to bear. And enlighten us and humble us and grant sovereignty to us. You are our bulwark, so grant us patience between this halving and the next.

The Bitcoin Times Ed 2 is the collaborative work of 8 writers & 1 designer with the intent to educate, inspire and spread ideas on bitcoin.

Each section will be released on Medium as a free long form article, and the full, compiled version of the Bitcoin Times will be available for free at the link below. In 2020, we’ll release a limited edition hard cover collectible, for purchase, which you’ll be notified of by email if you download the free pdf.

If you found value in this or any of the other essays and articles, please support each of the contributors by sharing it out & following their work.

(Soon to be updated to: https://bitcointimes.news)