No, You Can’t Just ‘Rollback Bitcoin’

Yet Another False Narrative

A few days ago, Binance, one of the largest cryptocurrency exchanges, faced a hack in excess of 7000 Bitcoin (~ $42M at the time of this writing). Details on the hack, here.

With so much value stored in these exchanges, it’s unsurprising that they are getting regularly hacked. And it’s somewhat hysterical to hear about someone losing their Bitcoins to an exchange hack given that one of the main values of Bitcoin is the ability to be in complete control of your own wealth. And as far as the majority of the Bitcoin community is concerned, these people knew the risk that they were taking.

And yet, someone in the community thought that miners could be incentivized with a percentage of the stolen funds to re-mine from the point of the hack, omitting the transactions which stole the funds.

With the justification for this sort of reasoning being that each Bitcoin block takes 10 minutes to mine and pays out 12.5 Bitcoin, so, Binance could just pay miners more than what they made mining the previous blocks to re-mine them, and omit the hacker’s transactions. And while such measures may be lucrative to miners, these are only in the short term — Jimmy Song gives a good overview on how this becomes less and less so as time progresses. 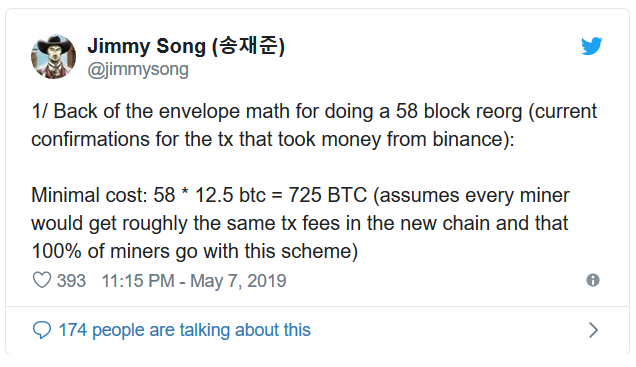 Not to mention that if this were to occur, that it would undermine Bitcoin’s censorship-resistance and damage the network’s value. This would likely tank the price of of Bitcoin, as well, and subsequently hurt the miners who performed the reorg to begin with. 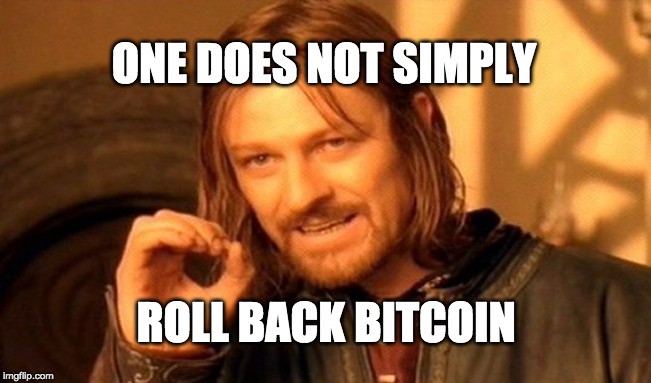 While something like this could certainly happen, the fact that it was asserted as something which could easily be pulled off with short-term incentives for miners shows how many people are completely oblivious to Bitcoin’s history. 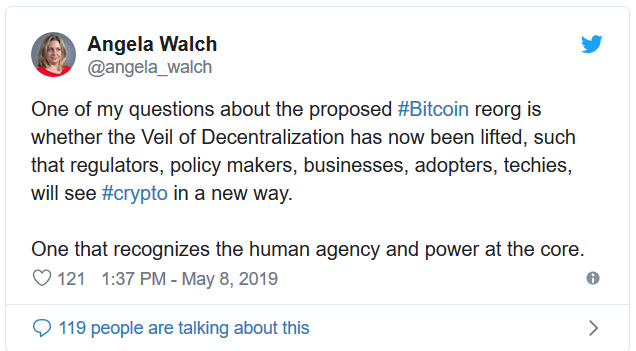 While a reorg which removes past transactions is not against the initial Bitcoin design, its ramifications on the value of Bitcoin would likely be cataclysmic. And I highly advise everyone new (and old) in the space to look back at Bitcoin’s history before asserting it’s future. 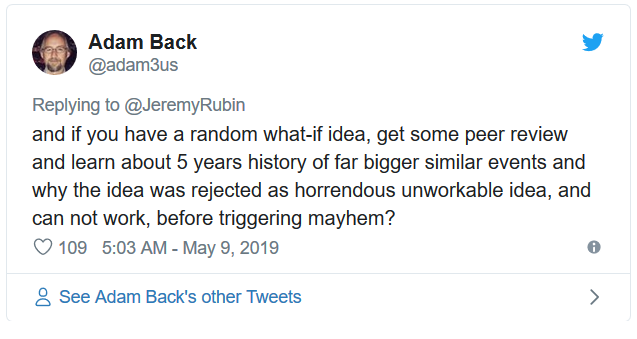 Note: As much as I hate exchanges, Binance did an incredible job of handling things and being transparent throughout the process. Major kudos to them and CZ for admitting their faults and communicating updates as they surfaced.